Ithaca and Homer : Towards a Solution of an Old Mystery.

A strong candidate for the seat of King Ulysses

Recent excavations and archaeological research have shown that the Pronnoi (Πρόννοι) district, in the southeastern part of Kephallenia (Kefalonia), contains a great many prehistoric sites. The outstanding find in this area has been the monumental Mycenaean royal tholos tomb and part of a LH. (Mycenaean) 1600-1100 BC settlement near the village of Tzannata which attests to the existence of a major city of some
importance beyond its own borders, ruled by a Mycenaean prince. 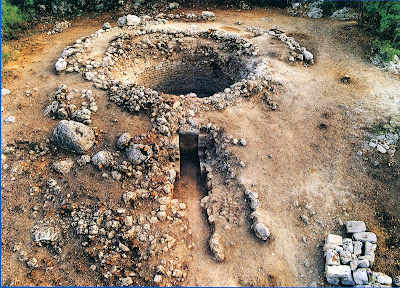 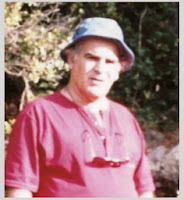 
Aerial photograph of the Mycenaean royal tholos tomb at Arès near Tzannata, just outside the impressive Poros gorge, which was excavated from 1992 to 1994 by Dr. Lazaros Kolonas,
(Photo: Lazaros Kolonas) 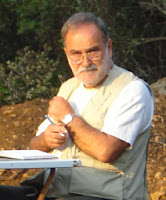 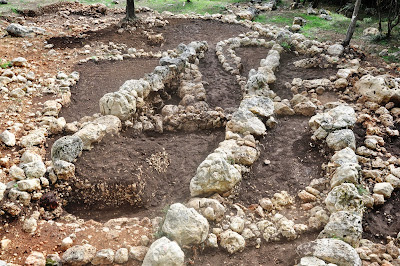 A large apsidal/ellipsoidal (ovoid) building (Megaron) of
the LH II/III period was uncovered in its entirety
in 2012, almost down to floor level. [iii]

It is a fact that after more than a hundred years of excavations in the Ionian Islands – mostly on Ithaki, where finds attesting to Mycenaean habitation have been few and far between – it appears from the archaeological evidence that Kephallenia (Kefalonia) as a whole was the undisputed Mycenaean centre in the islands of western Greece. It is therefore reasonable to ask whether the Mycenaean sites in the Pronnoi district could possibly be connected with the centre of Homeric (Mycenaean?) Ithaca, for which the archaeologist’s spade has been searching for so long.

The archaeological finds and ruined buildings need to be examined from many different angles in relation to their environment, to see if they can provide the answer to an old but ever-topical riddle: whether Homeric Ithaca, or indeed any other place mentioned by Homer, occupies the same site as the Mycenaean place of the same name. This question is now once again a focus of attention following the publication of the results of the latest round of excavations at Troy under the German archaeologist Manfred Korfmann,[i] leading to a reappraisal of the consensus of opinion on the accuracy of Homer’s descriptions.

As far as western Greece is concerned, it is expected that when the results of Dr. Lazaros Kolonas’s[ii], Dr Andonis Vasilakis [iii] and  Ephor Andreas Sotiriou excavations are published, they will provide equally important information and help to bring us even closer to solving this riddle. 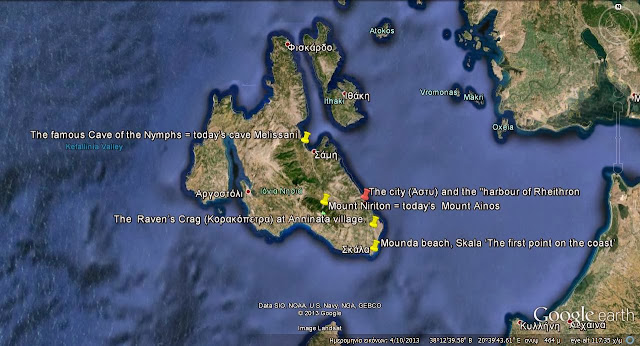 [i]    Joachim Latacz,  Troy and Homer: Towards a Solution of an Old Mystery
Η Τροία και ο Όμηρος – Ο δρόμος για τη λύση ενός παλαιού αινίγματος, Patakis Editions, 2005.
[ii]    Lazaros Kolonas, «Αρχαίες εγκαταστάσεις νοτιοανατολικής Κεφαλονιάς, θέσεις στρατηγικού ελέγχου του θαλάσσιου και χερσαίου χώρου της περιοχής», Proceedings of the VII Panionian Congress, II, 37-46.
[iii]  Dr Adonis Vasilakis   ( from the 2nd meeting  of the Mycenaean Seminar 2012)
A large apsidal/ellipsoidal (ovoid) building of the LH II/III period was uncovered in its entirety in 2012, almost down to floor level. Part of it had been discovered and excavated during the previous excavation period. The perimeter of the building is 45m and it covers an area of 168 sq. m. The exterior wall is 1.20m thick and the interior walls 0.80 m. It is an irregular apsidal or ellipsoidal/ovoid shape. The interior of the building is divided, along the north- south axis, in three unequal sections. The middle section is subdivided, on an east-west axis, into two rooms, i.e. a total of four large rooms. Identically or similarly shaped buildings, already present during the MH period, are attested in contemporary LH architecture all over the mainland, from Messenia, up to central Macedonia, the closest parallel being the ellipsoidal Megaron B, at Thermon, in Aetolia. This is the first time that a megaron of this type and size has been unearthed at Kephalonia, anotherwise heavily Mycenaeanised island, judging by the rich cemeteries excavated over the years.
Its discovery at Tzannata contributes significantly to our meagre knowledge concerning the domestic architecture of this period in the Ionian islands.

The location of the Late Helladic-Mycenaean settlement at Poros, combined with the nearby royal tholos tomb, excavated in 1992, suggests the need for a re-examination of the theories concerning the historical reality of the territory controlled by Odysseus, the king/wanax of the Kephalenians and of Mycenaean Ithaca.
The latter should, in our opinion, be indentified with this site, on the basis, for the first time, of‘ instructive’ archaeological stratigraphical data.
Αναρτήθηκε από Homeric Ithaca στις Παρασκευή, Οκτωβρίου 25, 2013